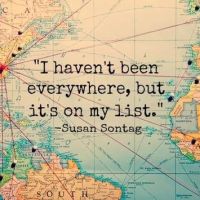 For anyone who was in Birmingham between July and September, you may have spotted some strange new additions to the streets. If unfortunately you don’t know what I’m referring to, then you must have missed the ‘Big Hoot’, the city’s biggest public art event!

Over the summer, Birmingham was home to 89 owl statues and 122 owlets, all decorated in different designs by a number of artists. The statues were incredibly diverse, ranging from a Tutankhamen owl, to an ‘owl and the pussy cat’ tribute, to a Doctor Who owl! The statues were spread over the city’s 10 districts, and could be found in a range of different locations – even in the middle of my university campus! Sadly I never had the chance to take part in the trail to see as many owls as I could, as on the 15th of October the owls went under the hammer for charity. However, I can’t feel too sad about that as they did manage to raise an amazing £508,035! 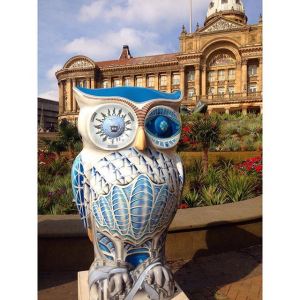 If you want to see for yourself what all the fuss is about, check out their homepage – there are some amazing pictures of all the different owls that could be found around the city.

I absolutely love events like this, and I truly am sad that the owls are no longer around. I always find that art events like this make the city somehow feel more alive, or maybe that’s simply because people are out looking at the new attractions. Whatever the reasoning behind it, the owls were a beautiful and colourful (if not a little crazy) addition to the city and I can’t help but feel like something is missing now. I can’t help but hope that Birmingham city will decide to do another art display soon!

“Why do you go away? So that you can come back. So that you can see the place you came from with new eyes and extra colors. And the people there see you differently, too. Coming back to where you started is not the same as never leaving.” – Terry Pratchett